In September 2022, RajBet online casino players were very active, and luck smiled at them more than once for this. Large winnings, the use of all bonuses, various strategies, and self-confidence made September unforgettable! Is it interesting to know which RajBet slots have been played most often? Our team is ready to talk about it right here and now! 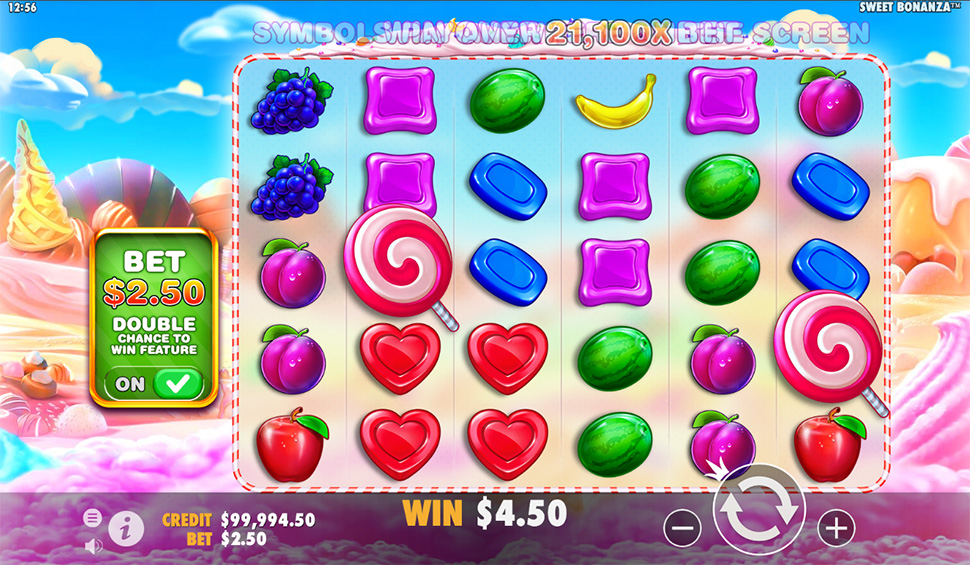 Sweet Bonanza slot machine from the famous provider Pragmatic is one of the favorite games that stands out among fruit and gold coin slots. The main feature is free spins up to 100x of your bet. Thanks to this, the Sweet Bonanza slot remains at the top of the RajBet casino.

Sweet Bonanza slot machine has a range of symbols of different values: basic and special. To win, you must collect 8 single indicators on the Bonanza reel. The main special symbol is a lollipop or Scatter. If there are 6 identical symbols on the field, the winnings can be increased by 100x.

Free spins are the main Bonanza bonus feature. To get them, it's enough to get four lollipops on the playing field at the same time. Depending on the number of Scatters, a player receives 10 free spins for each symbol. Pay attention to candy bombs. They are added to the winnings depending on the rates.

Sweet Bonanza slot machine is one of the best in its category. If you play for real money, get ready to experience a lot of adrenaline, thrills, and a portion of free spins that will cheer you up, etc.

The following advantages can be distinguished:

Sweet Bonanza game has only one drawback - limited functionality in demo mode. However, this can be solved by registering at RajBet casino, receiving welcome bonuses, and increasing the amount on the deposit. 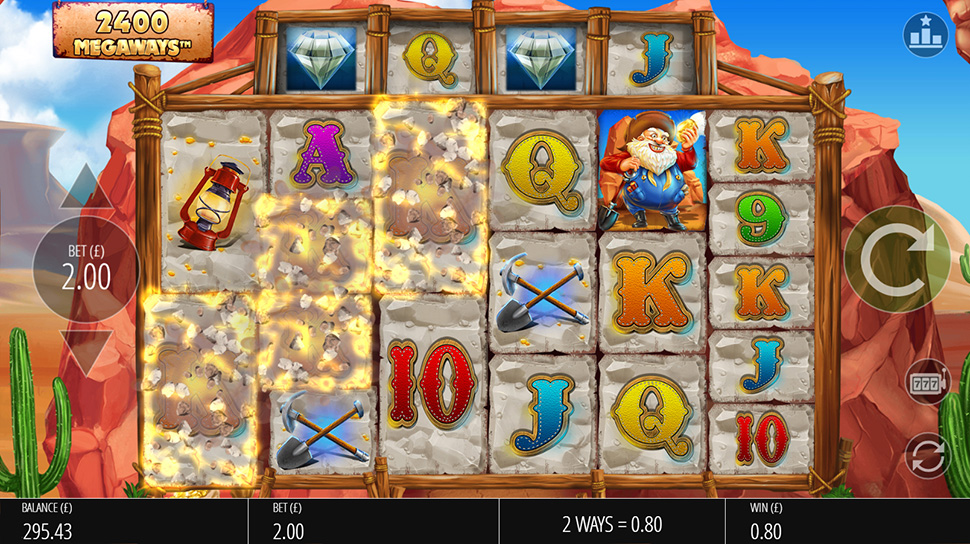 The gold rush that began in the middle of the 19th century still haunts many hunters for quick money. Anyone who wants to feel like a seeker can make their dream come true in the fantastic Diamond Mine Megaways slot machine from Blueprint Gaming provider.

Diamond Mine Megaways game has 6 reels, and above them, except the edge ones, there is an additional horizontal line, which at times increases the chances of success. The number of symbols that fit in the verticals of the machine is unprecedented - it can vary from 2 to 7. There are no betting lines, and an incredible number of options are provided for prize compositions - up to 117,649 in each spin.

The Diamond Mine Megaways slot machine's location is the mine's entrance with the background of a mining quarry. The symbols are depicted on stones that explode when they hit a winning combination.

The rules for making winning combinations in the Diamond Mine Megaways game are simple - you need to place 3-6 identical ordinary signs in a row from the left edge. Then the player is entitled to a prize and a bonus re-spin - the winning icons explode, and new ones take their place. Only the additional upper line of the machine does not participate in this process - it acts according to its own rules, being filled in the horizontal direction.

The major symbol of the game is a sparkling diamond. On the Wild, there is an illustration of dynamite sticks, and on the Scatter, there is a promising image of a bag of gold. There is another mysterious icon that symbolizes a bonus - it shows a barrel with the inscription TNT.

It's time to go down into the Diamond Mine Megaways slot with the main character - a cheerful fat man - and dig out some stunning treasure for yourself. 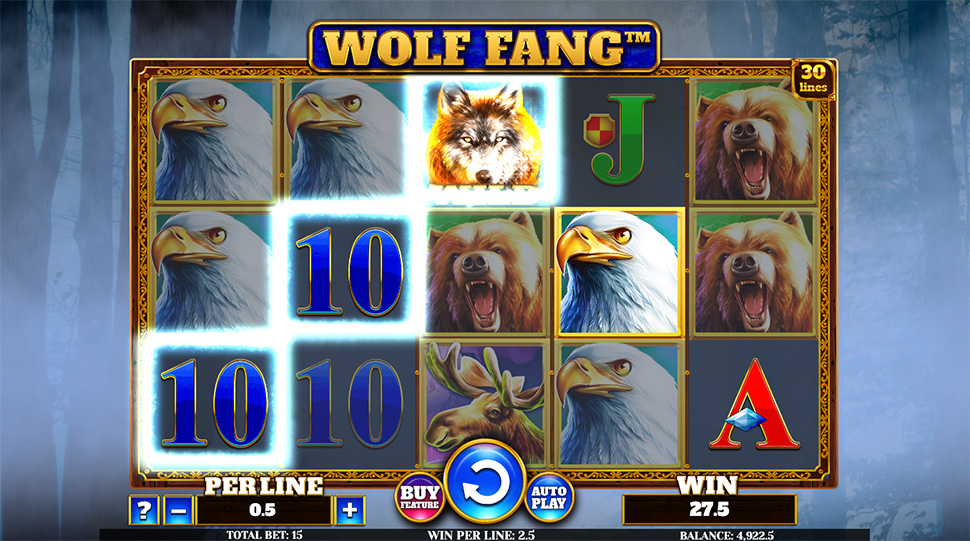 Wildlife was popular among RajBet casino players in September 2022, and the Wolf Fang game from Spinomenal provider led the way. There are many convincing reasons why this slot is in the TOP 5 in the best casino in India.

To receive a payout, a player must catch a payline of identical symbols on any of the 30 paylines. The combinations must start from the first reel and go in a continuous line from left to right.

All symbols in the slot machine can be divided into two groups:

The Wild symbol is universal, meaning it can be used to complete any combination. And Free Spins are activated when three Scatters fall out. During the spins, there are additional multipliers.

The interface of the slot is also very simple and clear. At the bottom of the screen, you will find buttons to start the automatic game, spin, select a bet and call up help information.

The Buy Feature activation is also available there, which allows you to get free spins for a fee. To do this, you need to choose your bet:

Each RajBet online casino player can choose the bet level that suits them best.

The Spinomenal provider has taken care of players who use smartphones and tablets by releasing a mobile version of the Wolf Fang Iron Wolf slot. It opens automatically when you start the game from a mobile device run by Windows Phone, iOS, or Android.

For even more convenience, users of the rajbet.com portal can download the official RajBet App, which will make the game even brighter. The application is absolutely free and does not take up much space in the device's memory. It is also worth noting that the functionality in rajbet apk does not differ from the main version of the gaming portal.

The Emirate 2 Slot by Endorphina 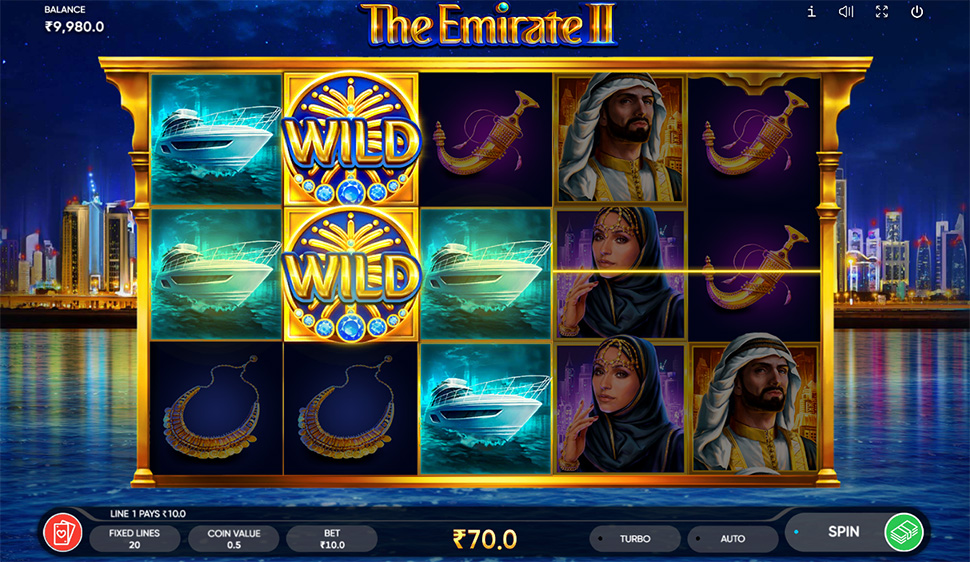 Emirates has always been associated with wealth and prosperity. And to feel the atmosphere of luxury and get closer to this level of life, RajBet online casino players choose to win in The Emirate 2 slot machine by Endorphina studio.

It should be noted right away that The Emirate 2 slot is an absolute novelty in the best casino India catalog. In 2015, the first game from this provider series was released. But if in the previous version the players found themselves in an Arab palace, this time the developer plunged into the whole country's night atmosphere.

The most important feature of The Emirate 2 slot machine is the appearance of the Wild symbol, which was absent in the first version. It serves to replace all symbols of the game, except the Scatter, and can appear on all reels.

The risk game of The Emirate 2 slot is also fascinating; it allows you to increase your winnings by several times. You only need to choose one of the four-hole cards and beat the dealer's card. Your winnings will immediately increase by 2 times. And then it's up to you: you can withdraw the money or make a bet. This action can be performed 10 times, which is very attractive to players.

The RajBet online casino team is trying to diversify players' lives as much as possible and give them more chances to win. As soon as The Emirate 2 game was released, users could get 180 Free Spins. It means that it is best to regularly follow the News and Bonuses sections, where you can always find up-to-date offers. Promotions run weekly, so make it your routine to update the above sections daily. 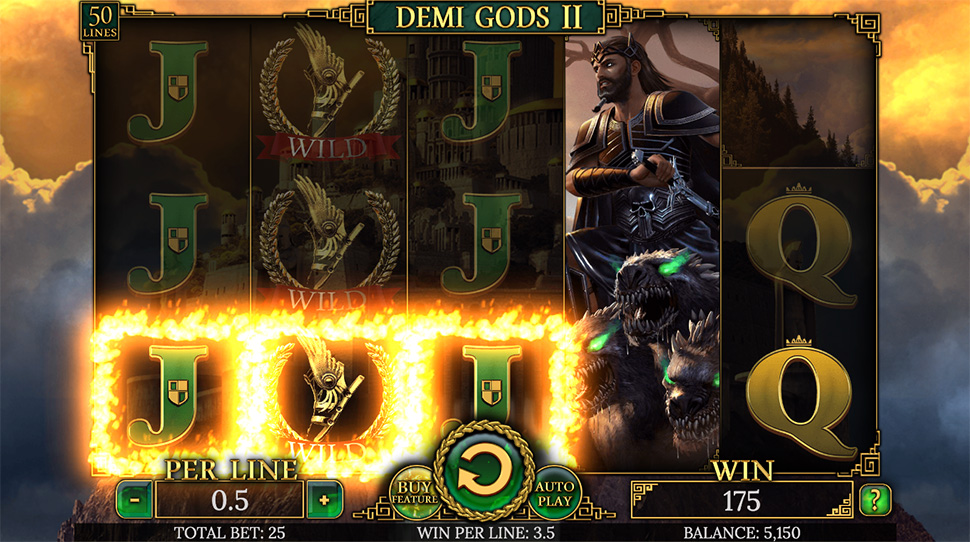 September 2022 was shrouded in myths, or the mythical game Demi Gods 2 Slot from the Spinomenal studio. The epic plot involves a memorable meeting with the gods of ancient Greece: Zeus, Ares, Hades, and Aphrodite.

Demi Gods 2 Slot Machine attracts RajBet players, as this is a very unusual model with non-standard game functions. In addition, it is very spectacular with high levels of graphics and animation. In the moments of winning, the victorious cells fascinatingly ignite, and the gorgeous shapes of the heroes come to life, creating unforgettable visual effects.

Demi Gods slot has 5 reels and 50 permanently active paylines. If 3-5 identical icons fall out on the game line, starting from the left edge, the RajBet online casino player is awarded. The list of game options contains special symbols, a thematic bonus tour, several free spins packages, and other gifts.

The Demi Gods 2 slot machine includes several Wilds. The lightning in the hand of Zeus and the sandal of Hermes have the universal features of the Wild symbol. They replace basic images in incomplete combinations. The rest of the Wilds are activated in free spins.

The following may also fall out:

By the way, in any basic spin, random multipliers can appear and increase the resulting win by 2-3 times. The Moving Reels mode is associated with the image of Hades: the hands of demons appear on the right, and they move columns, freeing up a place for new icons.

The thematic gaming round, starting after a combination of Scatter, reveals a card with images of 4 gods to a player. Different in numbers, free spin series follow, depending on which god a player will choose. Hades launches 12 spins, Aphrodita - 5, Ares - 12, Zeus -15. There, the special features of numerous Wilds are fulfilled.

Of course, everyone has the right to choose any slot machine that seems the most attractive and profitable. The RajBet online casino team only keeps statistics so that you can know other players' preferences. Perhaps this will help you discover new games.

Which RajBet slots will become the most popular in October 2022? That’s what we will find out at the end of the month! And it is up to you to choose games that can affect the formation of the top 5 slots!