The RajBet online casino team was pleasantly surprised by the record activity on the portal in November 2022. Traditionally, users played live games, bet on sports, and, of course, spinning the reels of slot machines.

Let's not hide the fact that slots are one of the most popular sections on the portal. Therefore the site contains extensive collections of the top machines from the world's best providers.

November has become an extremely sporty month worldwide, also due to the start of the World Cup in Qatar, which has already become unique thanks to its $220 billion budget. If only because this is the first world championship held in the Arab world and the second world championship. Also, India, as usual, is looking forward to the start of the Indian Premier League 2023, which promises to be exciting!

These sports events and moods cannot but be displayed on the interests of users. That is why it is not surprising that the top of the most popular slots of November in RajBet India included sports games.

In this article, we will tell you about the best slots of November 2022 according to the portal users.

As you can see from the list, there are both newbies here - sports slots and those machines that gamblers have long loved. So let's take a closer look at these games and see why they have become so popular among RajBet players this month. 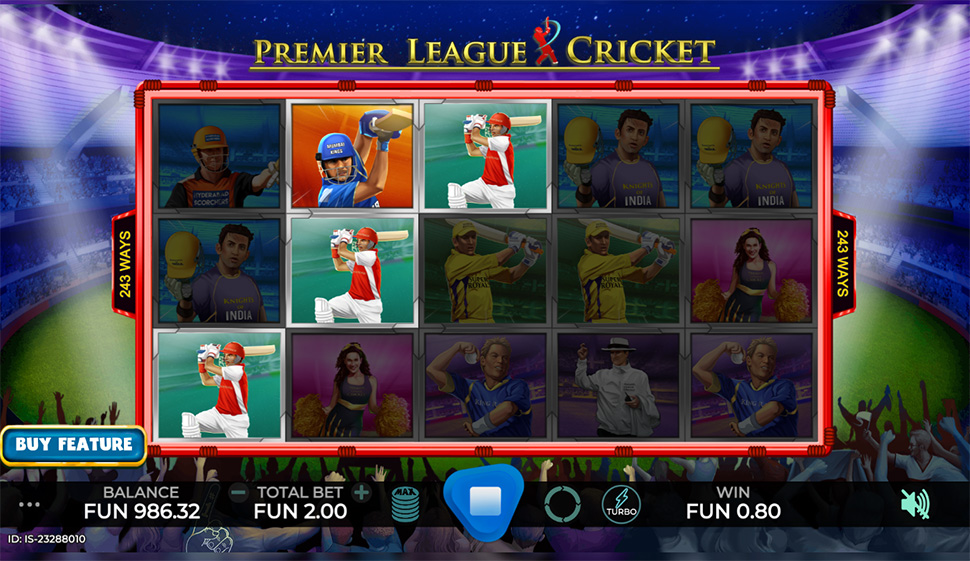 A very bright and interesting slot from Caleta was created especially for everyone who can't wait for the start of the IPL. So don't be sad waiting for the championship. Play right now at Premier League Cricket Game by Caleta. This slot machine takes you into the stadium's atmosphere with images of players, sound and visual effects, a bright, dynamic picture, and unusual features.

After placing your bet, spin the reel and collect winning combinations of symbols that will bring you multipliers, free spins, and bonuses as well. The characters on the reels will be familiar to all avid cricket fans.

Symbols on the reel in Premier League Cricket Slot Machine:

The Indian Premier League unites fans worldwide, and this slot was created especially for the true connoisseurs of this championship. Join a team of Premier League Cricket Slot players and become champions with your favorite teams.

Do you freeze near the screen during the Kabaddi Championships? Do you know the teams by heart and constantly cheer on your favorites? Can't wait for Kabaddi's leading sporting event next year? Then Kabaddi Raiders Slot by Caleta is for you! Fans of this popular sport in India will definitely appreciate the fantastic graphics, the atmosphere of a sports competition, and the familiar symbols of their favorite sport on the reels.

Kabaddi is incredibly popular in Asia - Bollywood films are made about the game, anime is dedicated to it, and even songs are composed. And indeed, this is one of the most beloved Indian entertainment. Therefore, Kabaddi Raiders Game is one of the favorite slot machines on the best casino India service. There is no doubt that all fans of this authentic sport will definitely enjoy this game. 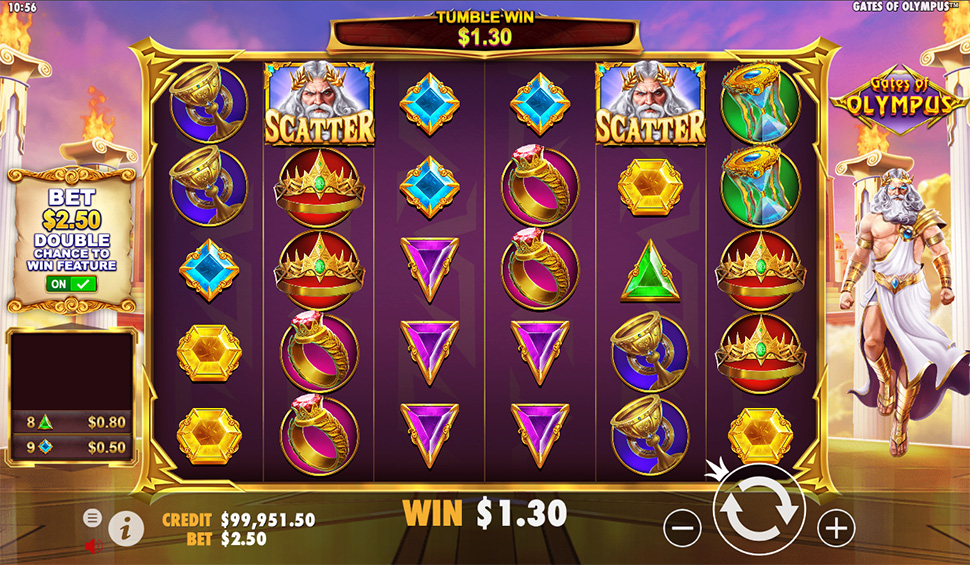 Gates of Olympus Game is one of the newest slots from developer Pragmatic Play. The playing field consists of 5 horizontal pay lines and six reels, most often featuring colorful gems and luxury items.

The main character of Gates of Olympus slot machine is the almighty Zeus, who hovers next to the reel and, with one wave of his hand, increases the game's multipliers from 2x to 500x.

The Gates of Olympus Slot is unique not only for its graphics and bright interface but also for a wide variety of bonuses that will increase the chances of winning.

Scatter is the image of the main character of the game Zeus, and if the player is lucky enough to knock out four symbols, he will receive 15 free spins, which will start automatically.

All regular RajBet users are well aware of Pragmatic Play's Egyptian-themed games. Still, at the moment, the Egyptian gods are losing their priority to their Olympic colleagues. So try your luck in the Gates of Olympus Game and let the ancient gods help you win fabulous riches. 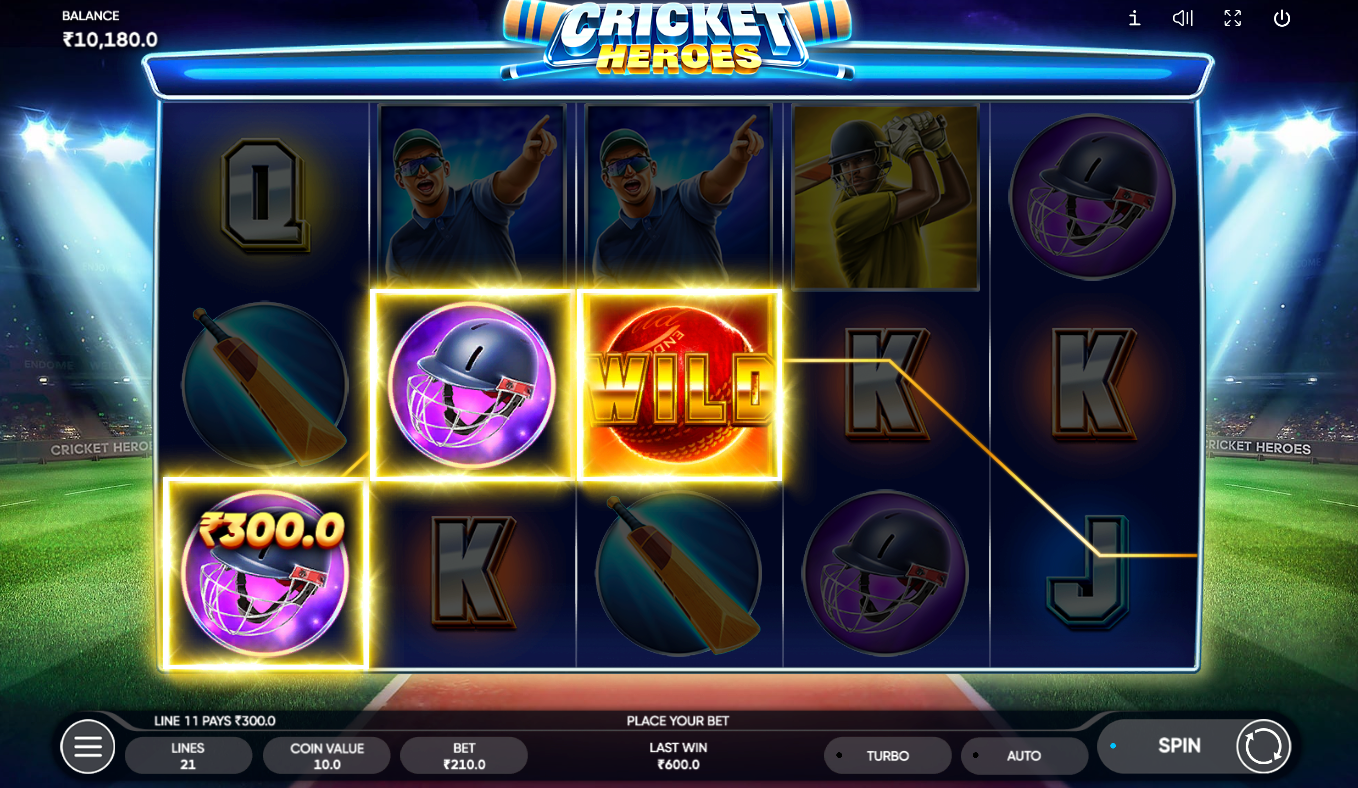 Passionate cricket lovers from India, the providers hear you and make more and more slot machines with your favorite game. And in November 2022, one of the best slot machines on this topic from Endorphina got into the top of the best games. During the Cricket Heroes Game game, you find yourself in a stadium where you can hear the usual sounds of the game and the noise of the fans. But let's pay attention to the details of the slot.

Cricket usually brings intense emotions to everyone who follows their favorite teams on the pitch because the fans know how unpredictable the game can often be. It's the same with Cricket Heroes Slot: everyone who wants adrenaline and big winnings will be offered a risky game. Do you want to risk your winnings and increase your funds by ten times? Just select this feature and try to beat the dealer by beating his card.

The Wild symbol replaces the missing symbols for a winning combination and multiplies your winnings by 2x. Free spins can be obtained by combining 3, 4 or 5 golden trophies. The number of spins can be 15, 30, and 45, respectively. Also, this bonus multiplies the winnings by 3x.

Of course, everything related to playing cricket lights a fire in the eyes of bettors from India and those who play other casino games. If you miss stadium lights, fans screaming, and your favorite players, then launch Cricket Heroes Slot Machine at RajBet casino and win big money with pleasure. 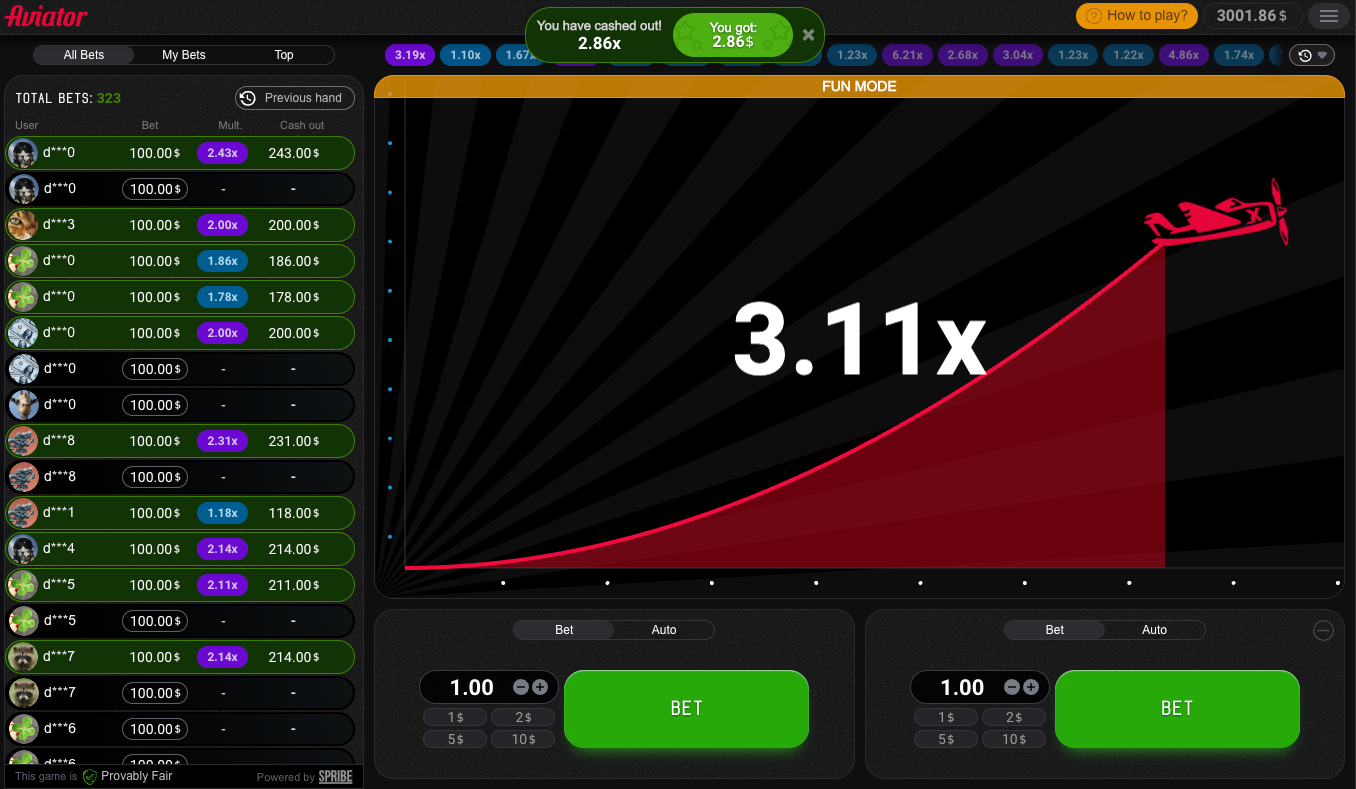 Aviator Game by Spribe hit the top again. And this is not surprising since the magic plane attracts gamblers from all over the world with its simplicity of rules and high odds. Yet, even though the game's graphics are simple, Aviator Game still attracts a lot of attention from gamblers.

The game's goal is elementary - to have time to press cashout before the plane takes off. It seems very simple, but greed can play a bad joke on you. During the plane's takeoff, the coefficients increase from 1x to infinity. It is difficult to resist the desire to break the highest multiplier.

How to play Aviator Game

Despite its simplicity, Aviator Game captures from the first minute. Another great benefit of this product is that it is 100% honest and uses random number generator technology. Of course, the live chat and statistics of other players are worth noting separately, which is quite unusual for a slot machine and is more common in live games with live dealers.

Experienced RajBet online casino players claim that the plane will fly away at the very beginning of the climb only 3 percent out of a hundred, so the chances of winning are very high. So try this unusual format right now if you have yet to try it and conquer new heights.

When choosing a slot, it is essential to look not only at the graphics, odds, and types of bets but also at the game's safety. On the RajBet portal, you can play your favorite games absolutely calmly because all providers are trustworthy, and the games are certified by international companies.

What will be the top slots in December is up to the users of best online casino India, and the RajBet team is doing everything possible to make the game exciting and engaging for every user, regardless of his preferences.

If we make predictions, perhaps next month we will see New Year's slots in the top list, or users will surprise everyone, and we will be transported to the mystical world of African magic.

Be that as it may in the future, players should follow the news and bonuses at RajBet online casino, because December is a very unpredictable month and it can surprise everyone.

Thank you for staying with us!