Statistics knows and remembers everything! And now it's time to find out which online slots became the most popular in July 2022 among RajBet online casino players! Perhaps you chose these games for entertainment this month, or maybe, on the contrary, they will tell you which slot machine to pay attention to have the most interesting and exciting time!

1. Dazzle Me Slot by NetEnt 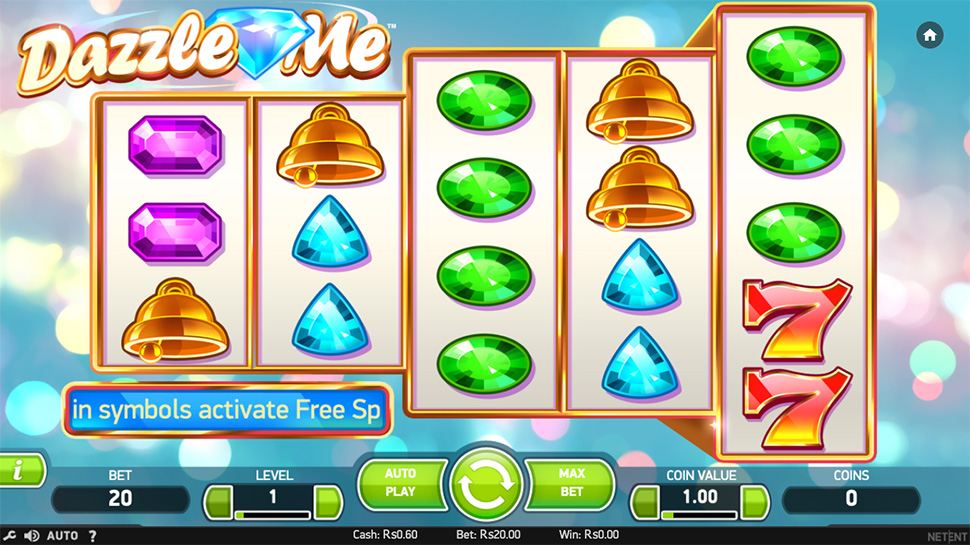 Most of the virtual slot machines in modern online casinos are quite gamified; not only the betting process but also the quality of graphics, gameplay, game mechanics, and other factors play a significant role in them.

However, as the numbers show, today, many users of the rajbet.com platform also want to see classic simple online slots that are easy to get used to from the first minutes of the game. An updated version of one of these hit our TOP-5! We are talking about the Swedish NetEnt provider and Dazzle Me slot machine.

Dazzle Me is a 5-reel, 3-5 payline slot with 76 winning combinations. This game is characterized by a reasonably high RTP and relatively low volatility, so you can count on frequent and small wins in the game. Dazzle Me slot does not have a progressive jackpot, but the maximum success is 50,000 times the initial bet.

The symbols are precious stones, rubies, topazes, diamonds, and emeralds, as well as classic signs of good luck: sevens, bells, and other special characters. By the way, you can also get a series of free spins.

For example, when three, four, and five free spins appear, you can start the Dazzle Me slot machine 8, 12, or 16 more times, respectively. During the free spin, you will also have access to the Linked Reels bonus combination, which involves copying adjacent symbols on reels 1-4.

As for other bonuses, Dazzling Wild Reels covers one of the reels with diamond symbols, which replaces all others and allows you to win big. 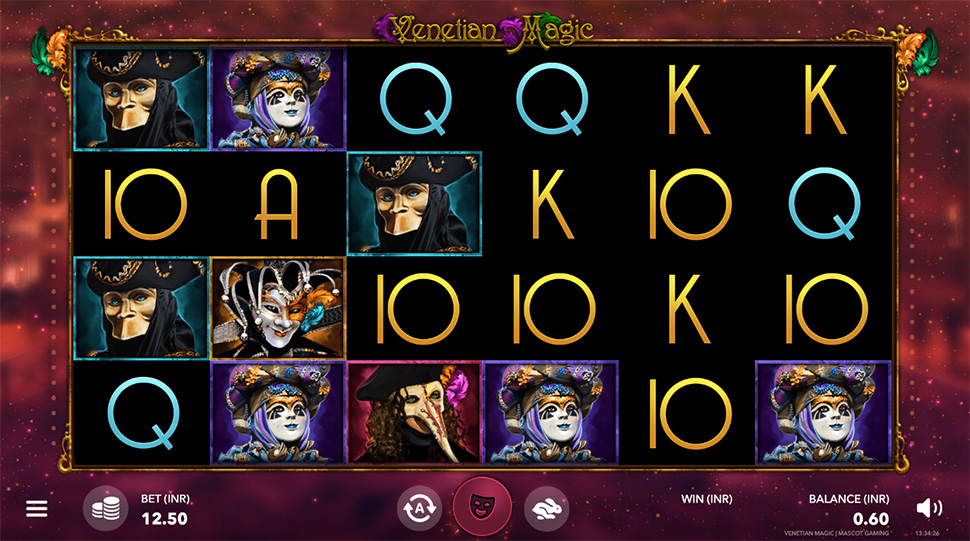 The Mascot development team focuses on software quality, not quantity. This is why all Mascot Gaming slots feature an exceptional level of detail. And top-notch and modern graphics make each game stand out in a highly competitive market.

Releases of new games do not go unnoticed because each new product is the embodiment of the latest trends in the gambling world. And some Mascot slot machines manage to get into the lists of the best.

The annual Carnival of Venice inspired Mascot to create the breathtakingly beautiful Venetian Magic slot. The game immediately fascinates with the detailing of the symbols, which perfectly convey the atmosphere of this event. Excitement and romance merged together to make a brilliant game.

The Venetian Magic slot machine has 6 reels and 50 paylines. Players are pleased that the payouts can be up to 2,000 times the bet. The symbols consist of traditional playing card icons and 4 masked characters that pay out top prizes.

The Wild symbol in the Venetian Magic game is a beautiful image of a gondola floating down the Grand Canal. The gondola triggers the Sailing Wilds respin feature. The reels spin free, with any wild symbols moving one reel from right to left on each spin. Well, shall we dance? Carnival is calling!

Spinmatic devotes enough time to each slot to make it unique. All slot machines with high-quality graphics, incomparable animation, and incredible soundtracks. The plots of the provider's video slots are as elaborate and detailed as possible, and the games are endowed with exclusive functions. It is these characteristics that helped one Spinmatic slot machine to win the hearts of the players of the rajbet.com portal.

The Egyptian Stone slot pleases with close study and attention to detail in everything. The theme is immediately clear from the title: Ancient Egypt. The slot has 5 reels and 3 rows.

Egyptian Stone slot machine is accompanied by a wonderful soundtrack, and the plot is based on the fierce confrontation of the gods with each other. The new pharaoh decided to get rid of the old gods and create another religion. But the gods want revenge.

The Egyptian Stone slot does not boast many features, but it does have free spins and expanding symbols. After any successful spin, the gamer can play "double or nothing." If he guesses correctly, his winnings will be doubled. So fans of online gambling will love this slot!

You can start the Egyptian Stone slot at RajBet India in demo mode to learn all the details or immediately for real money. 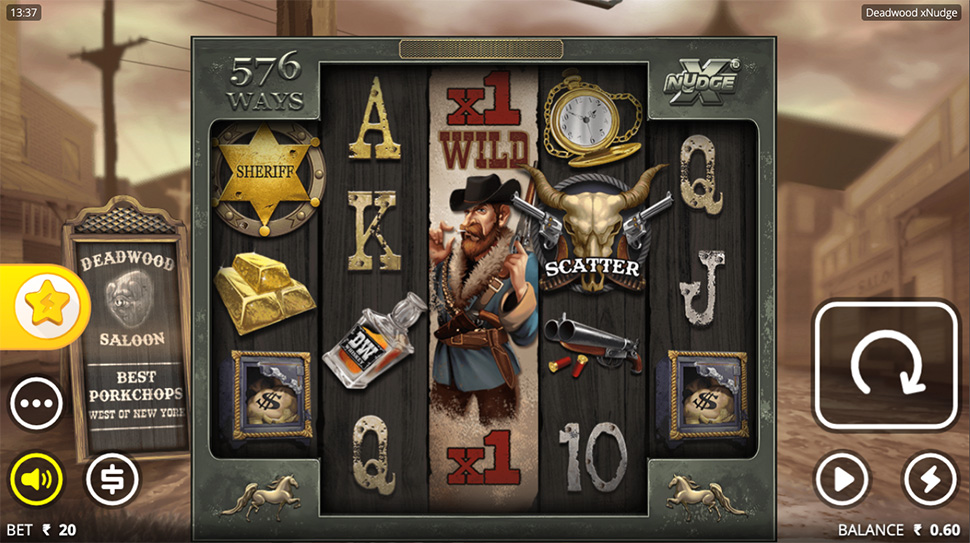 Swedish developer No Limit City entered the gambling market in 2013, but only in July 2022 the company's game gets to the TOP from Rajbet online casino. No Limit City slot machines are distinguished by their creative solutions in terms of themes and various symbols in the reels. Well, the main feature is the absence of betting limits.

This originality sets them apart from more well-known providers. The top Western-inspired Deadwood slot machine is scorching. It has high volatility, and as many as 4 different free spins modes raise this game to an entirely new level of gambling.

Have you already launched a slot for real money? Then immediately look for the three Wild bounty hunters; they will simultaneously land four symbols on the three middle reels. This will allow you to capture the entire reel through the function. What else surprises RajBet casino players is the Shoot Out Feature. Catch a star or a sheriff's badge on both reels 1 and 5 on the same spin to activate this feature. It makes Wild symbols from the Royal symbols on reels 2, 3, and 4. And there it is not far from big wins. 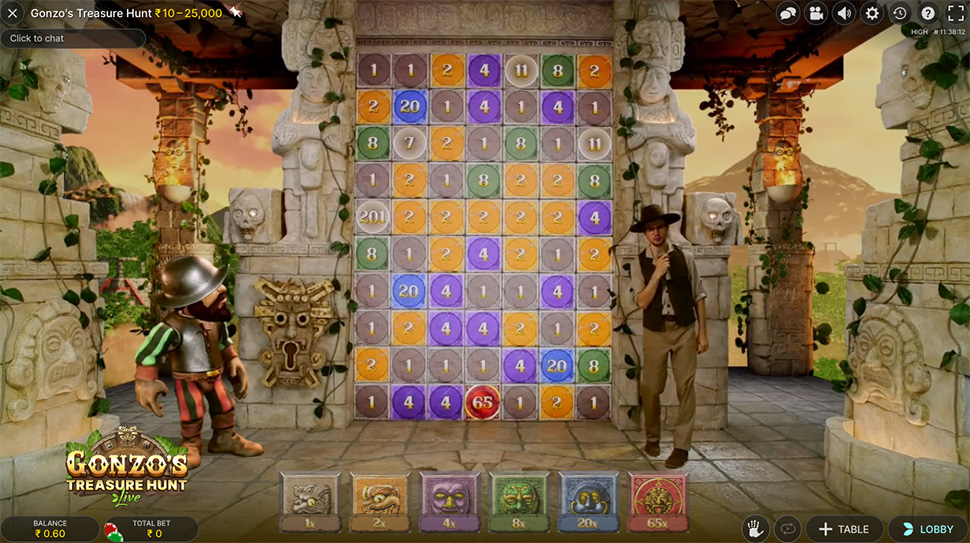 In Gonzo's Treasure Hunt slot machine, each move is unique because the gamer's choice depends on his entire further path through the game. Top game developer Evolution was inspired by travel slots, and here is the result: the game got into the TOP-5 of July 2022 from RajBet casino!

On the huge wall of the ancient city of the Incas, consisting of 70 stones, players must find prizes. The more the stone multiplies the win, the harder it is to find it. Users have the option to make from 1 to 20 selections. More acquisitions - more chances to win.

After the time for betting ends, all the stones on the wall are shuffled, and their value is hidden. From this moment begins the real treasure hunt! Each participant can enjoy their unique game, influenced by their previous steps.

Gonzo turns the key; it's time for the prize draw! This is a brilliant opportunity to add payouts to hidden prizes. Players can receive bonuses, multipliers, and re-drops.

At the end of the game, participants will see all the values of the stones. If the player's stone also has a bonus value, it is added to the regular value (by color). The participant's winning bet in Gonzo's Treasure Hunt slot is multiplied by the final value of the stones won. The original bet for each stone will be returned in excess of the winnings. Gonzo's Treasure Hunt game gives a real opportunity to hit the jackpot up to x20000 on just one stone!

So go ahead to big winnings at RajBet online casino!

Download the official mobile application, which will also give you unforgettable emotions! Dive into the universe of colorful entertainment!